A troubling new trend called "dog flipping," wherein pooches are stolen from their owners and resold for a profit, is on the rise, experts say.

Criminals have been snatching up pups and quickly selling them online for a high price in a disturbing pattern that has been spiking since at least 2008, according to the American Kennel Club.

"Dog flipping is a horrible experience for the dog. It rips them away from their loving family and they end up with a stranger," American Kennel Club Reunite CEO Tom Sharp said in a statement to the Daily News.

More than 637 dogs across the country were stolen in 2014 - a 4.5 percent increase from the year before, according to AKC's national pet theft database.

The number has drastically increased since the organization began recording the thefts in 2008, when 71 dogs were stolen.

"We've been covering it for years now," AKC spokeswoman Brandi Hunter told the News. "Unfortunately, that's the case. Unfortunately in this world it happens."

Pit bulls or pit bull mixes were the most stolen dog breed in 2014, followed by Yorkshire terriers, Chihuahuas, bulldogs, Pomeranians, Shih Tzus and German shepherds, according to AKC.

Thieves usually get hold of the pet by stealing it or claiming to be a lost dog's owner, experts say. They then sell it on Craigslist or social media sites.

Pet owners should keep their dogs close on leashes and never leave them unattended in front of stores or even in their own yards.

Experts also warn owners not to give out information about how much their dog costs when approached by strangers during walks and to protect dogs with microchip identifications. 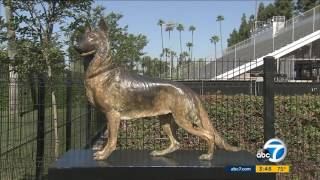